In a recent video conference call involving me and my colleague, Corban Harwood, Mathematics, George Fox University, Newberg OR USA, and others, I noted he had a copy of  Charle Minard's marvelous map of Napoleon's Russian campaign hanging on his wall. I too have a copy framed and mounted in my home (and now only, since I am Emeritus) office. Perhaps some of you do as well. It is a marveloous piece of graphics, telling a somber story of Napolean's diminishing forces as he marched into Russia and then retreated home. We show this graphic here.

For some background from Wikipedia we read, "Charles Joseph Minard 27 March 1781 – 24 October 1870) was a French civil engineer recognized for his significant contribution in the field of information graphics in civil engineering and statistics. Minard was, among other things, noted for his representation of numerical data on geographic maps, especially his flow maps." Wikipedia contributors. "Charles Joseph Minard." Wikipedia, The Free Encyclopedia. Wikipedia, The Free Encyclopedia, 25 Jan. 2019. Accessed 26 Feb. 2019.

Corban then sent me the following information and graphic which I thought was equally (perhaps more relevant to us here at SIMIODE) as interesting. He said, "Here is the graphic I mentioned which reminded me of Napolean's march. This is from the 2016 MAA/NCTM report on the state of Calculus. I used it on Saturday during a pane at Linfield College:  Philosophical Challenges and Opportunities for the Mathematical Sciences to discuss the conflict between the student/parent/teacher view of accelerated math curriculum in HS to a math professors view of its outcome at the university level. A 2006 study at Rutgers found that only 5% of incoming students who had taken Calculus in HS were placed in advanced math courses." We present it here to contrast the graphics, but also to allow it to convey the flow to calculus. 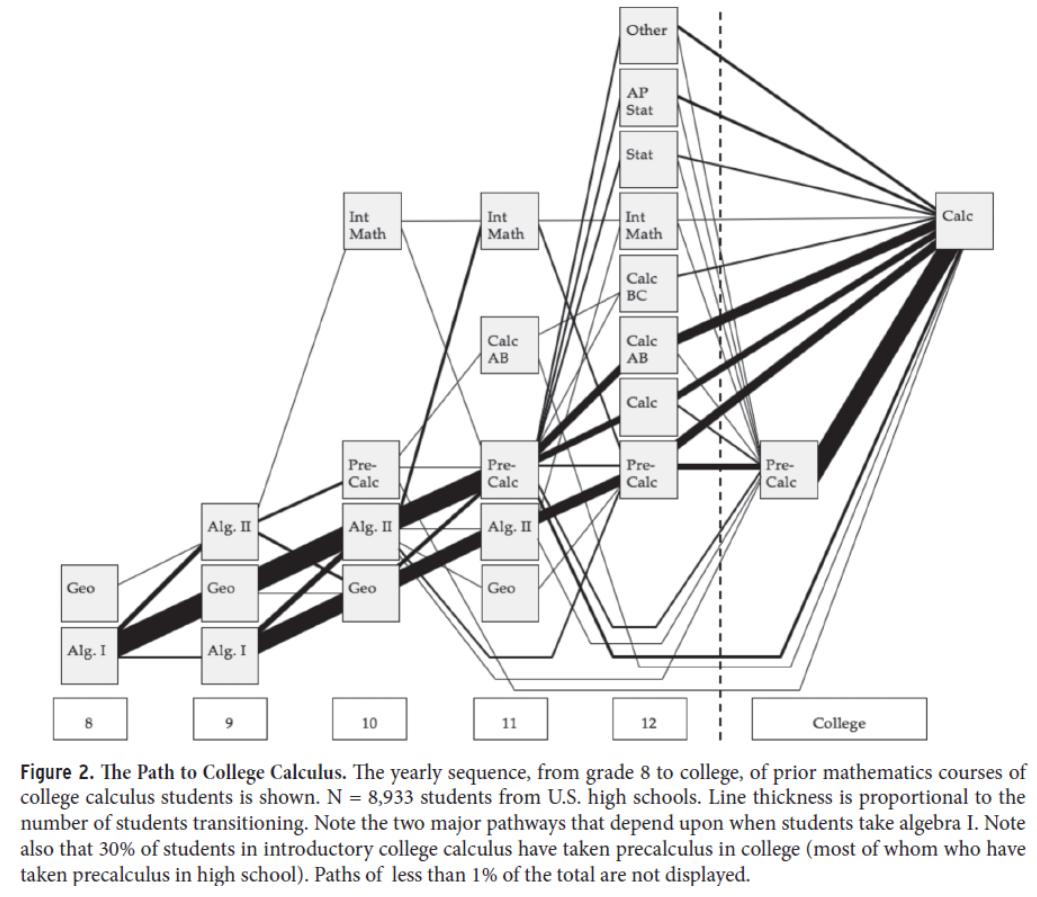 Upon retirement from the United States Military Academy in spring 2011 he committed time, energy, and resources, and together with many very talented colleagues who possessed the same vision of teaching modeling first differential equations he founded SIMIODE.

Currently, Brian is a Co-PI of a National Science Foundation DUE-IUSE grant in support of SIMIODE Community of Practice, web space, workshops, and resource development and promotion.

Comments on this entry

To keep up on the latest comments, subscribe to the comments feed for this entry.